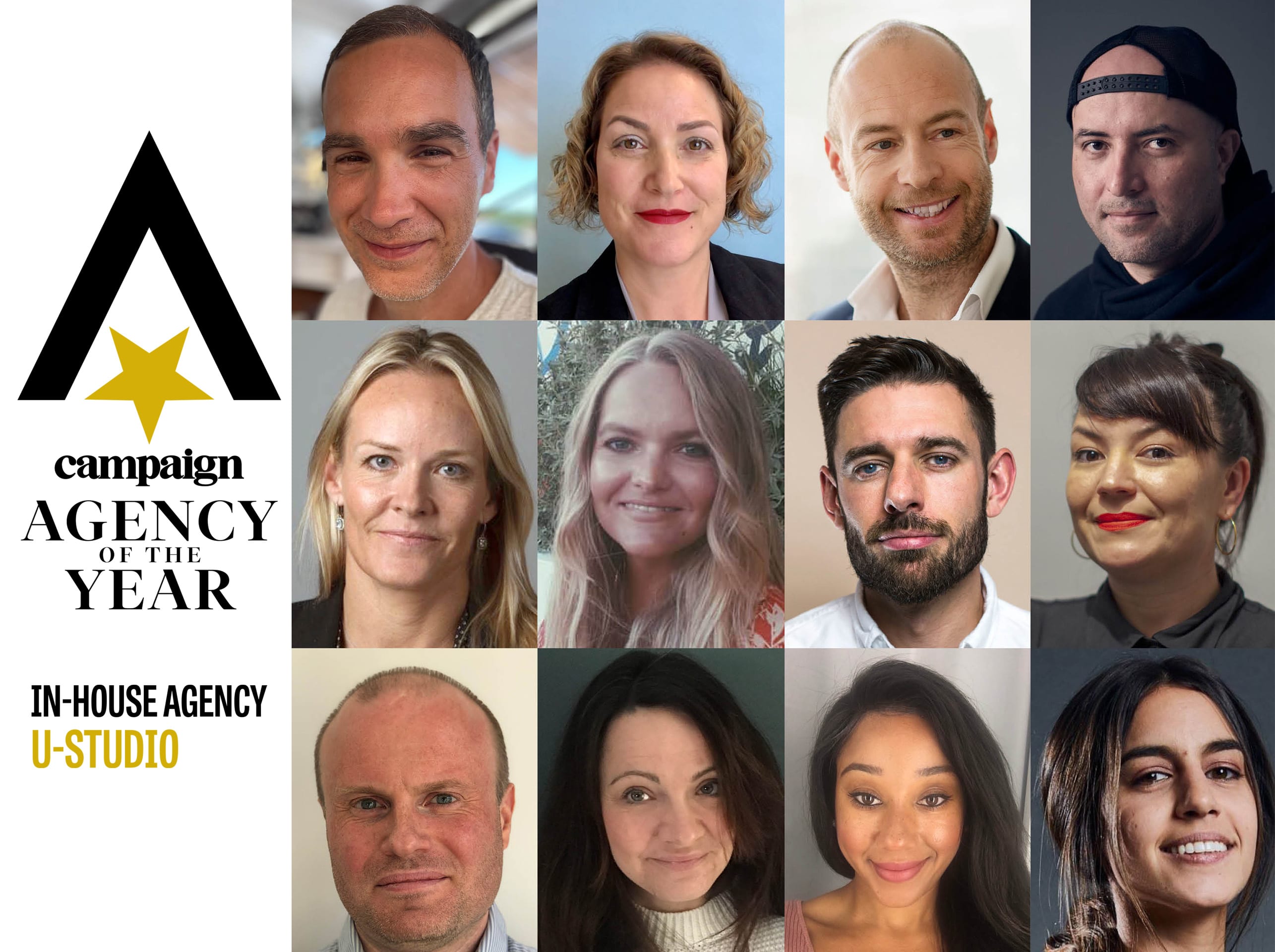 U-Studio proved that in-housing is a mindset and not a location, according to Campaign. During the pandemic, U-Studio helped over 300 of Unilever’s brands gain competitive advantage globally amidst crisis, and it became one of the most awarded, full-service in-house agencies with the entire team working from home.

It is the first time that U-Studio has entered the Agency of the Year awards since its inception as a small pilot programme in 2016. In partnership with OLIVER, U-Studio has since grown to more than 500+ employees across 21 studios and 18 countries, spanning a multitude of disciplines and catering to the real-time marketing needs of Unilever’s brands.

Judges remarked that U-Studio was an impressive example of how to do in-housing well, with ‘diversity projects and growth’. The report added: “U-Studio was able to react quickly ensuring that Unilever’s brands could connect with the consumers who needed them across video, e-commerce and community management, demonstrating their relevance to changing needs as the pandemic unfolded.”

Work highlights included a purpose-led global brand platform for deodorant and antiperspirant brand Rexona. Called ‘Move More At Home’, it reached more than one billion people across 25 countries to support consumers’ physical and mental fitness during lockdown. In Indonesia, where gift packaging is typically elaborate and not always sustainable, U-Studio developed a unique way to reduce packaging, featuring a biodegradable product.

“The best of the best”

In the same awards, OLIVER has been named as a finalist for global Digital Network of the Year – the same award it scooped back in March for the EMEA region.

The Campaign Global Agency of the Year Awards are an important benchmark of excellence for national and international agencies. Gideon Spanier, UK editor-in-chief at Campaign, said: “After this pandemic year, all our winners deserve special credit for their dedication, resilience and ingenuity.”

What does ‘agility’ really mean to marketers today?
Scroll to top

We use cookies to personalize content and ads, analyze our site and provide social media features. By clicking 'I Agree' you agree to the use of these cookies. For more detailed information regarding how we use cookies see our Privacy Notice.
Necessary Always Enabled
Necessary cookies enable core functunality to allow you to use the site. We use CloudFare and HubSpot cookies to provide functionalities such as user authentication and speed up page load times.
Analytics
Enabling this cookie allows us to use Google Analytics, Google Universal Analytics, and HubSpot cookies to collect information about how many people visit our website and how they use our website. This helps us improve the website. These cookies do not directly identify you.
Advertising
Enabling this cookie allows us to access information regarding how you use the website and any advertising that you may have seen before visiting the website. We use Google AdSense for experimenting with advertisement efficiency across websites using their services.