OLIVER Christmas card 2022: the year of giving back

For 2022, OLIVER wanted to spend as little budget as possible on our annual agency Christmas card, allowing us to donate the majority of our budget to our chosen charities; Alzheimer’s Society UK and Centrepoint, a homeless charity.

So, our teams put their Santa-themed thinking caps on and came together to create something cheap, cheerful, and charming.

Rae Stones, OLIVER’s Creative Director, said: “This year we opened the Christmas card brief up to everyone in OLIVER. Across the submissions there was one common theme; find a way to give as much of the budget to charity. The winning idea has simple but festive ASCII designs, a graphic design technique that used text characters are used to create images. So, there was no photoshoot, no complex build, no film – just as much of the budget as possible going to charity. We’re really pleased with the end result.”

Our campaign gained industry press coverage in the likes of Campaign, and proved a huge hit with clients, with one even dubbing it “the best e-Christmas card ever made.”

Explore the variations of our Christmas cards below, each features its own festive character. Which is your favourite? 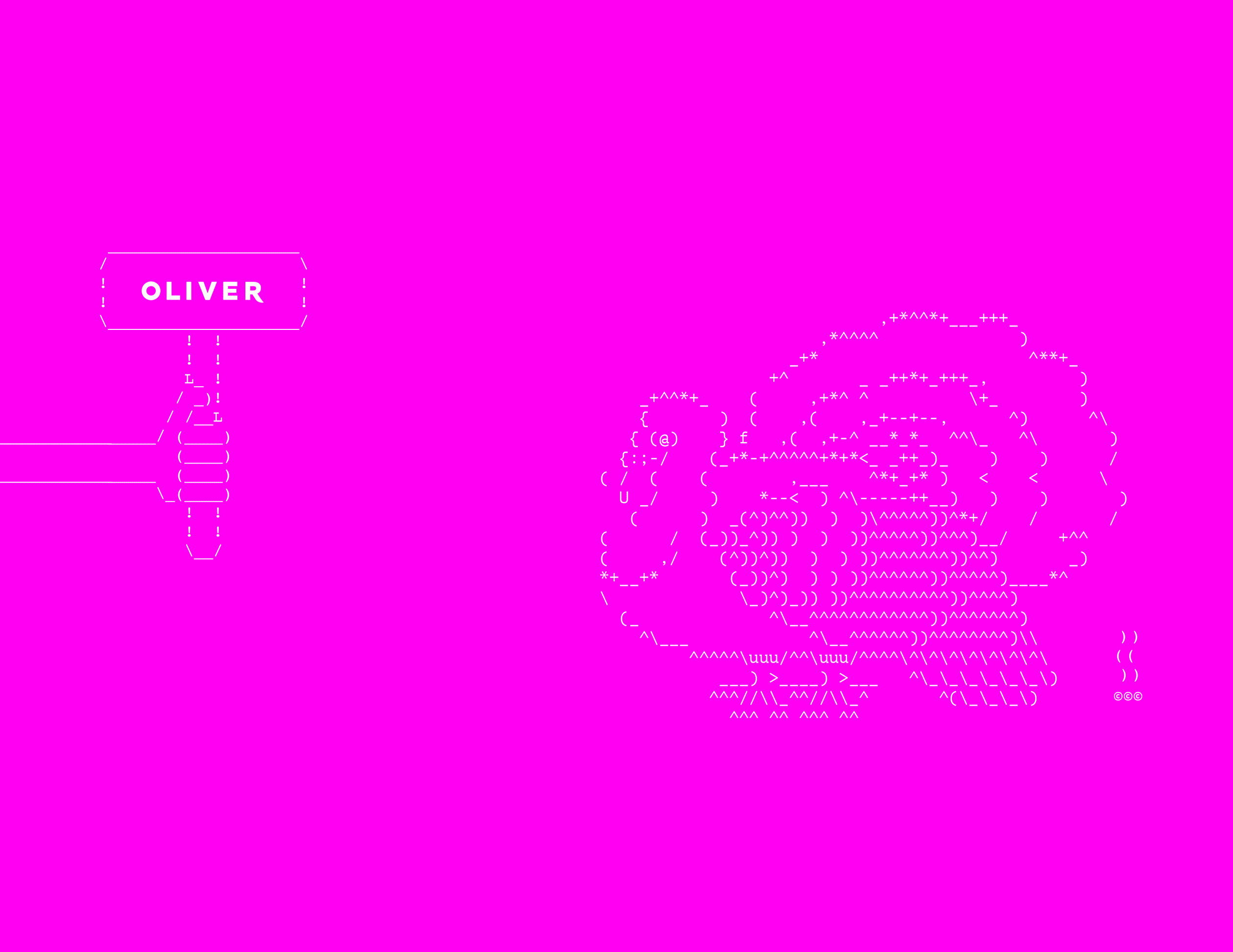 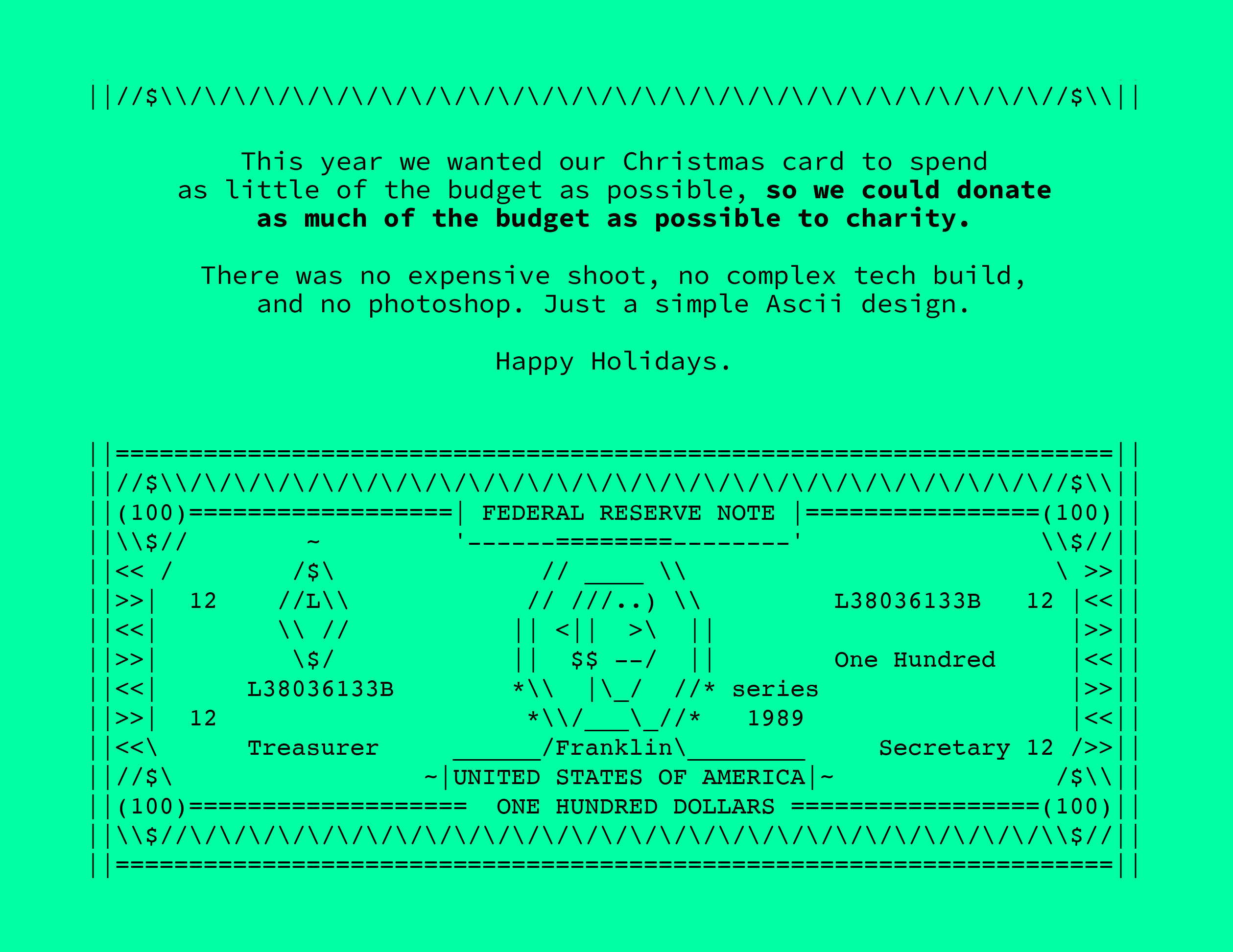 OLIVER’s NFT One Year On | OLIVER
Scroll to top