OLIVER named in UK’s Best Company to Work For

OLIVER and the Inside Ideas Group wins seven places in Best Companies to work for survey, hosted by The Sunday Times. 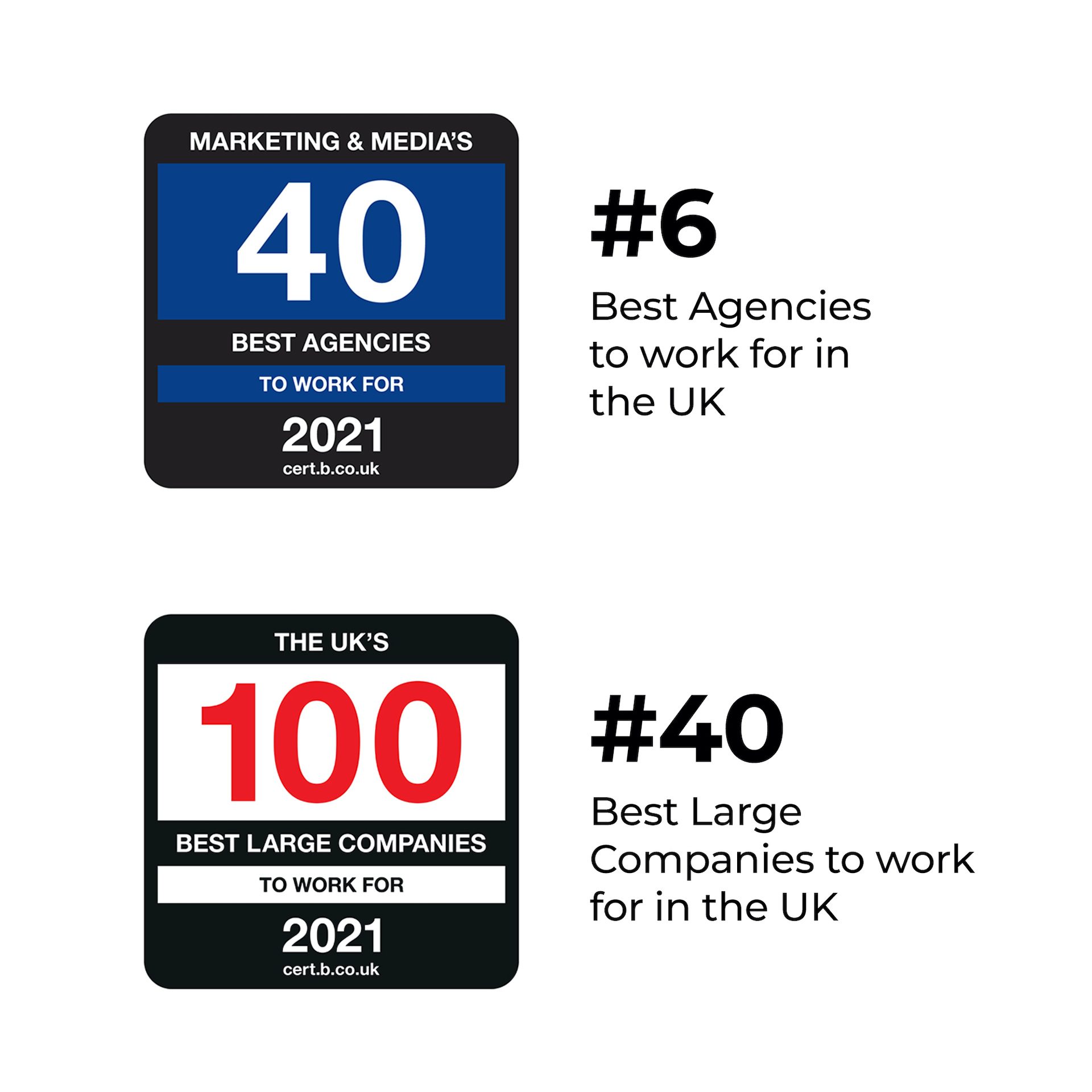 OLIVER – the only company in the world to exclusively design, build and run in-house agencies for brands – has been awarded seven spots on the coveted Best Companies to work for list – including a #6 ranking for Best Agencies to work for, and a #40 ranking for overall Best Large Company.

In total, OLIVER and the Inside Ideas Group of businesses (comprising OLIVER, Dare, Adjust Your Set and Aylesworth Fleming) won seven seats on the national survey, which ranks the employee engagement of the UK’s industry-leading businesses in every sector.

The seven spots are:

Over the last year, the company has achieved leading DE&I as well as staff wellbeing figures. But even that was not enough to satisfy the company that, in 2020, was named Campaign’s Digital Network of the Year and #1 Fastest Growing Large Agency for U.S.

The business wanted to commit to change more deeply, setting itself on a journey towards supporting racial justice and becoming and actively anti-racist organisation. During a year when all eyes were opened to the inequity in the world, the team embraced OLIVER and IIG’s mission to become a true Champion For Change. The business led anti-racism training for every employee, recruited 40+ Change Makers, partnered with Brixton Finishing School, interviewed key figureheads (including rapper, author and activist Akala) and even enrolled the activism of Oliver’s founder Simon Martin and his Global Leadership Team to coach employees directly on what it means to be actively anti-racist. Amina Folarin, OLIVER and IIG’s Chief People and Inclusion Officer, was later named in the BIMA 100 list of the most influential people in the industry for her commitment to DE&I.

During 2020’s pandemic, the business also prioritised the health, wellbeing and development of its talent. Staff were offered flexible working hours, additional ‘Personal Days’ holiday for wellbeing, 24-hour GP support (including mental health services), care packages to promote relaxation, voucher bonuses to help with Christmas gifts and free Fit-Bits to keep everyone active. It’s no surprise to see staff satisfaction numbers reach their highest ever during a global pandemic.

Amina Folarin said: “What a year 2020 was, for so many reasons. We have shown we can triumph as a business and a community over adversity. Indeed there is no better recognition of our brilliant culture, work and commitment to change than being named as one of the UK’s 100 Best Large Companies to work for. We have made a big entrance too… straight in at number 40. Thank you to our incredible people.”

Sharon Whale, CEO of Global Markets and Operations, said: “I want to thank every single one of our staff members for all of their tremendous work, commitment and dedication over the last year, in what was one of the hardest years for all. Particularly, thank you to everyone that took the time to complete the survey, and to our People Team for all their fantastic work. We simply could not have done it without you.”

What does ‘agility’ really mean to marketers today?